In April of 2000, my parents came for a three-week visit. It ended up being a working visit for them while they were here.  In about a week and a half they converted my old storage shed into a usable potting shed. It was tucked in the corner of my yard  hidden by a large Ficus Benjamin tree. We used poly-carbonate, recycled lumber and a lot of love and sweat.  My handyman dad and head assistant mom made the unused shed into the perfect little space.  I wanted to grow flowers from seeds – my new found hobby at the time. 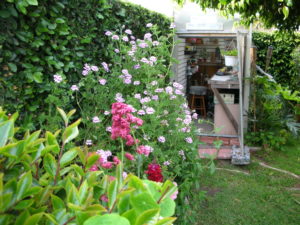 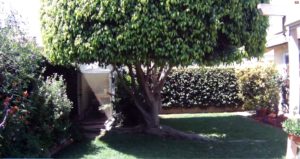 Space is limited in The Potting Shed, but the feeling I get when I am in my little sanctuary is a feeling of bliss and harmony.  I had never grown flowers from seeds before.  To see seedlings make their way up from the soil and poke their green leaves out of the brown earth as if they were waving hello or making their grand entrance into my life is indeed special.  To see plants grow, flourish and bloom is just a marvel to me. 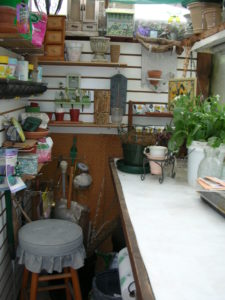 Last spring, we needed to have our large ficus tree removed from our backyard. Ficus trees are evergreen and have vigorous invasive root systems. They will grow into large trees, making them unsuitable to plant in residential gardens.  The previous owners thought by planting the tree in a pot and planting the pot, that it would contain the roots.  It might have slower it down but in May of 2017 we had to removed the tree after finding evidence of the roots under the foundation of our house.  I now have a ficus in a large pot with an 18×18  stepping stone underneath to prevent the tap root from coming out of the bottom hole in search of soil. 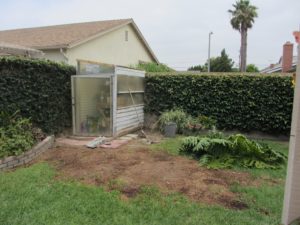 As a result of removing the tree it left The Potting Shed, bare, exposed and looking like it should be removed from the yard.  After the initial shock and wanting to cry, (I think I did – a little) I looked at the project as an opportunity to design something amazing. So I took on the chore of The Potting Sheds new look. 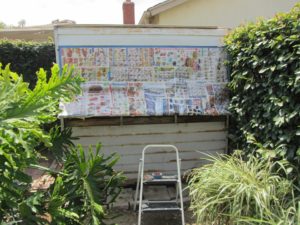 A new paint job – always does the trick! It was white in the past and I think that white makes things pop and stand out. I defiantly wanted to tone it down, so I painted it a pale green. Love it! 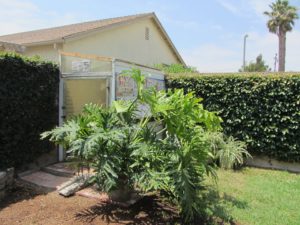 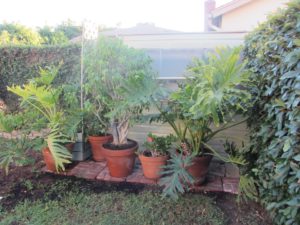 A few new paints and few old ones re-potted…! 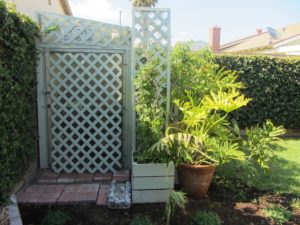 I put the 18×18 inch square brick stepping stones all the way around The Potting Shed. A new square planter with a framed trellis was built for the front.  The front of The Potting Shed was completed by attaching lattice that I had from another garden project.

Pinterest is my “fave” for inspiration, and I  saved loads of ideas for raised planters on my Pinterest board : https://www.pinterest.com/SeeJsJourney/potting-benches-and-raised-potting-beds/  . 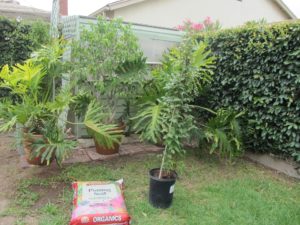 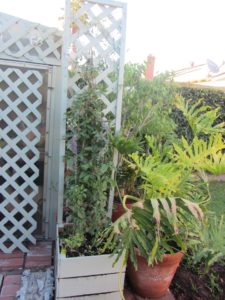 Above all, a Niobe Clematis is the star that shines in the planter now – and wow she is gorgeous in bloom.  I couldn’t be happier. I love the color (it is my color for sure)! 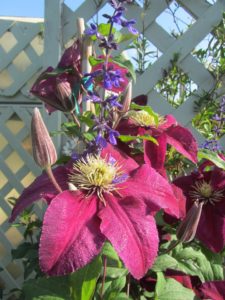 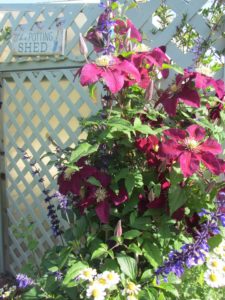 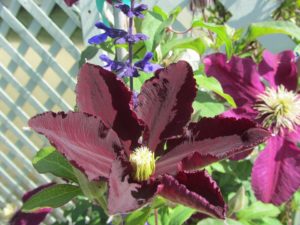 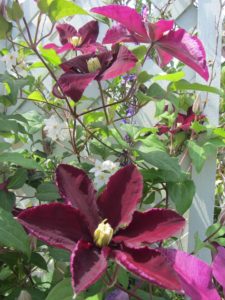 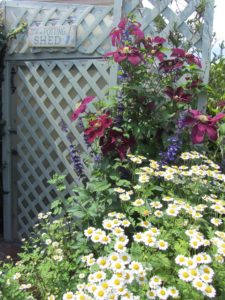 This summer I took on  the inside.

How to Create a Sensational Shabby Chic Potting Shed:

1 thought on “My Potting Shed Makeover”