I love the color –Sea-Foam Green

I Love the Color –Sea-Foam Green

Sea-foam green is really one of my favorite colors (along with deep burgundy and baby pink).  Sea-foam green reminds me of the ocean and indeed you get sea foam sea glass from the sea.  You can now get that color from Krylon paint – it’s awesome! 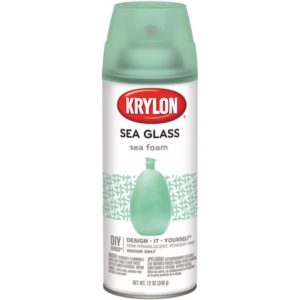 It is fun to think about where it came from and how much time it took to tumble into our lives.  A piece of sea glass started long before it was ever found.  It starts out as glass that was broken and made its way to the ocean. There it was tossed and tumbled often for years, decades or even centuries before being found.

Each piece of sea glass with its sharp and jagged edges is transformed with the help of Mother Nature’s sand, tide and water into something magnificent.  Mother Nature sands, smooth’s, buffs and beautifies each piece.  It may take many lifetimes of tumbling around in the ocean before it makes its way onto the shore to be discovered.

Bottle glass, which started washing up on the shorelines after the bottle industrialization in the early 1900;s is being discovered and removed from beaches everywhere, so sad to say that eventually, it won’t be found on our shores forever.

A lot of Sea-foam green glass started from vintage soda bottles.  Reminder what the old coke bottles looked like? 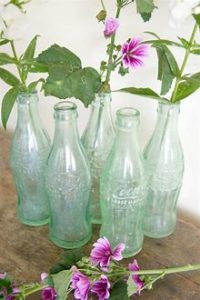 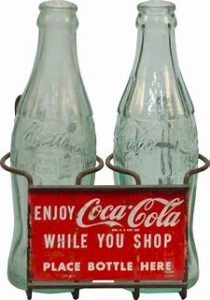 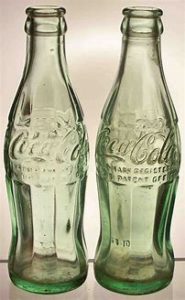 It was easier to make green glass than clear glass because to get clear glass, the iron would have to be removed.

That’s why sea glass green is so popular because it was the least expensive and most common glass found in bottles over the many decades of glass production, and why so much of the sea glass today is green.

There are also other colors of sea glass.

With a smaller proportion of iron or less iron being oxidized, bluish to greenish aqua colors resulted.

If additional iron was added or higher oxidation of the iron, a deeper green color was produced.

In the early 1800s, the name “bottle green,” was first used as the name of a color. Bottle green is a dark shade of green with a little blue in it.
It was sometimes called, “wine bottle green” or “beer bottle green.”

But I love the Sea-foam green color the best. It’s frosty and Sea-foamy and beautiful just like the ocean it came from.
So, if you like the color of Sea-foam green and can’t find the glass vases and jars that you want in that color – DIY!  (That’s code for Do It Yourself with Krylon Sea Foam Sea Glass paint). You will be glass you did. 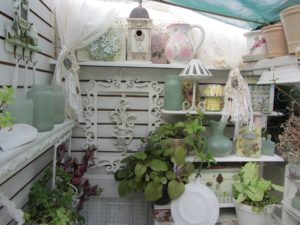 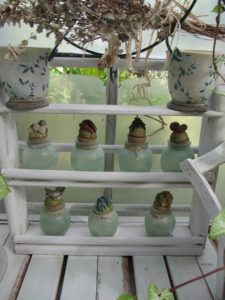 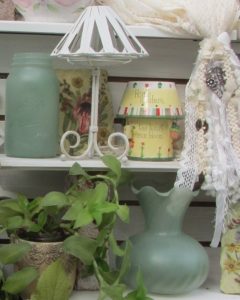 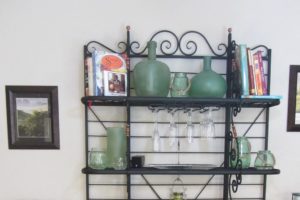 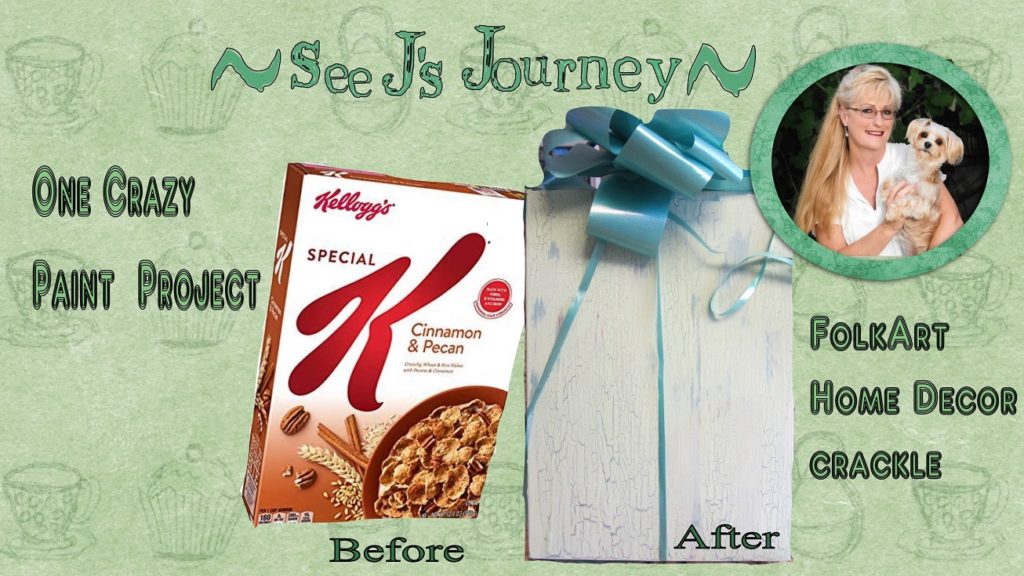 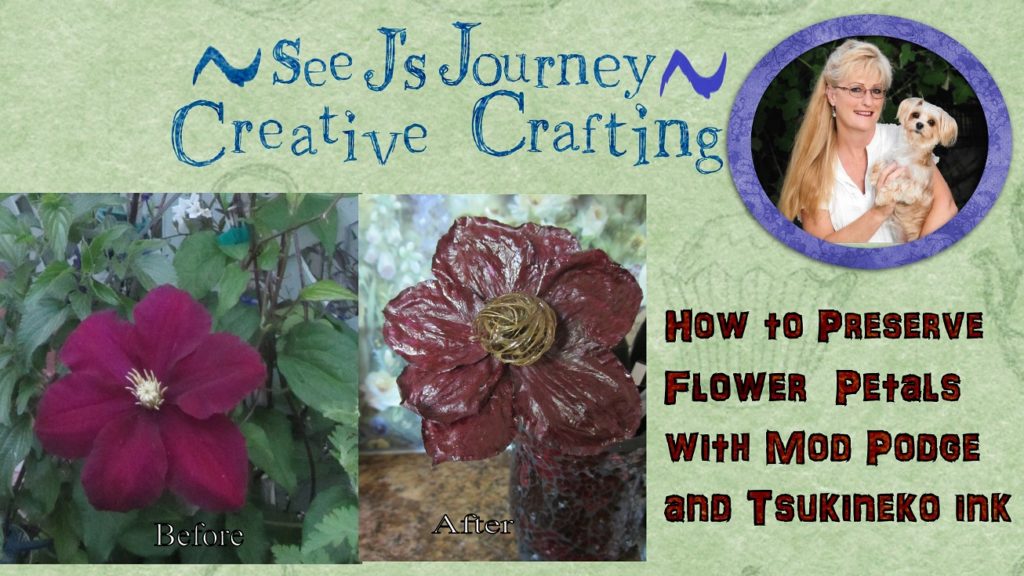 2 thoughts on “Krylon Sea-Foam Green -I love the color”