I love how my shabby chic potting shed turned out. Just sitting there looking around makes me feel calm.  I wondered where the term shabby chic came from.  So I looked into it, Google states that the origin of shabby chic originated in the 1980’s. In design, this was a time when opulence and decadence were taking center stage.

Shabby chic is going strong years after the term was created. A distraught and timeworn appearance is the heart of shabby chic decor. Shabby chic is a style that embraces a worn, lived-in look. But I certainly think in can be decadent. The most recent trend in shabby chic is shabby chic sheds.  This summer my humble little garden shed that never even was painted took on a whole new look. My shabby chic shed offers a perfect place to take a breath, relax and become Zen. 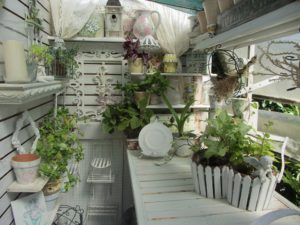 Many people love this romantic and vintage style of decorating.  I went to my favorite place for inspiration “Pinterest” for inspiring ideas for that shabby chic look. Check out the pins that I have on Pinterest if you need some inspiration too.  https://www.pinterest.com/SeeJsJourney/shabby-chic-potting-shed/

If you decide to decorate your house or potting shed with that shabby chic look, you can use things that you already have around the house. Just Shabby Chic them!  If you are interested in how I shabby chic my stuff, check out:  How to Get That Shabby Chic Look – Make a Pretty Plate into a Shabby Chic Accessory. 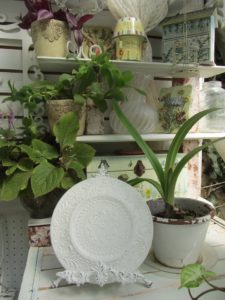 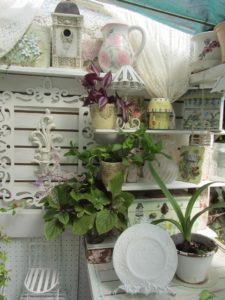 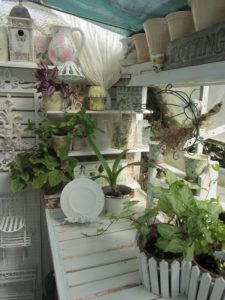 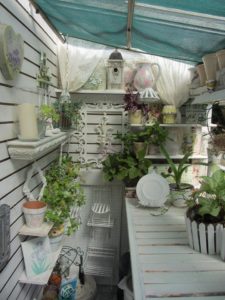 … and if you want more inspiration check out: How to Get That Shabby Chic look – Make Frames and Accessories.

Shabby chic uses soft hues in color.  but, I love the white and beige but other soft colors are popular, such as pastel pink, lavender and light blue.

I did my sewing room shabby chic also. http://www.seejsjourney.com/create-shabby-chic-sewing-room/ 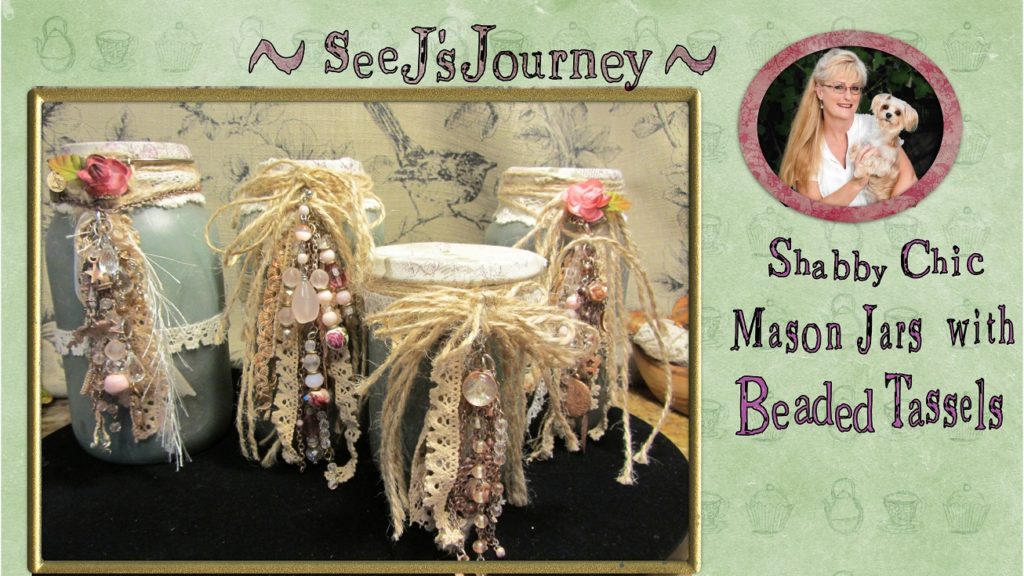 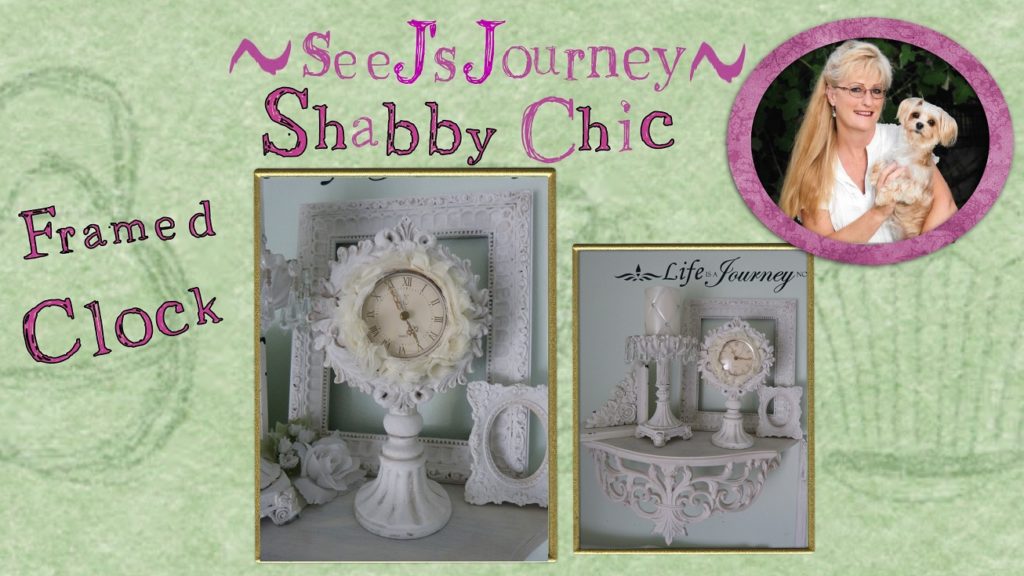 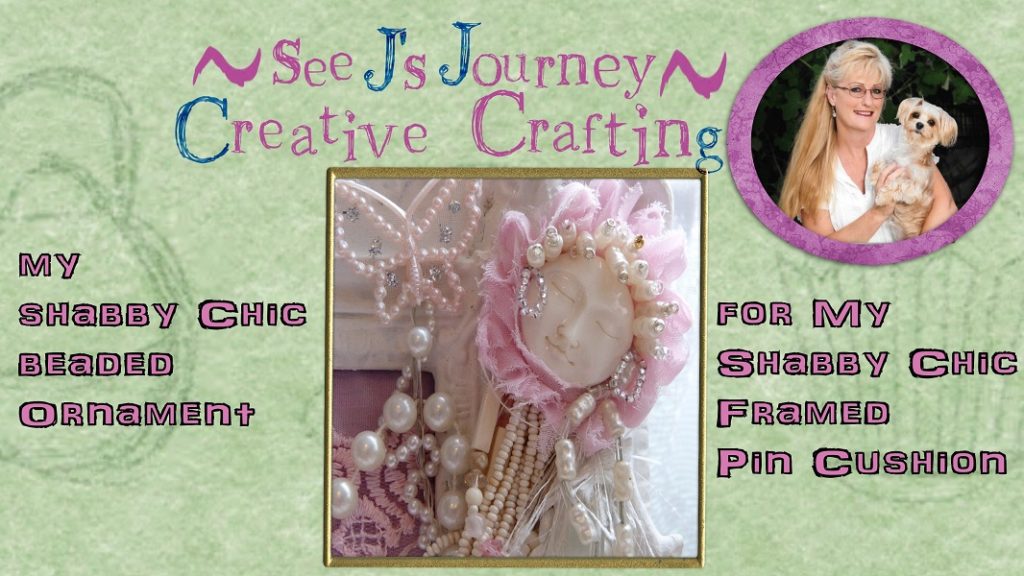